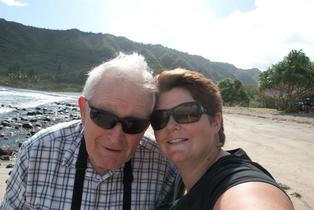 I am the daughter of Jean and John Weighill and the granddaughter of Pat and Peter Forbes and Sybil and John Weighill. My brother Cameron and his wife Dorianna gifted me with the greatest role that I have - Auntie Aggie to Pietro and Violet. Named after Agnes (Ross) Forbes and Jean (Armour) Christie, I have been blessed to have been raised in the Forbes and Christie Clans - being taught that family is defined by more than the blood flowing in our veins.

I grew up in rural BC communities on Cortez and Lasqueti Islands (summer vacations) and in Port Renfrew, Lake Cowichan, Deep Bay. I now live in the city of Nanaimo on the east coast of Vancouver Island. In pursuit of my education and career I was privileged to attend universities in Wolfville, Nova Scotia, Waterloo, Ontario, and Edmonton, Alberta before returning to Nanaimo to teach at my alma mater - Vancouver Island University (formerly Malaspina University-College).

My most current project work includes: a) the Ghana Research & Study Tour, b) the CICan funded ISTEP 11 Curriculum Development Project, and c) a research project focusing the role of Shea nut harvesting and butter making in the lives of women living within the communities of the Wechiau Community Hippo Sanctuary.